All horoscopes by Eric Francis 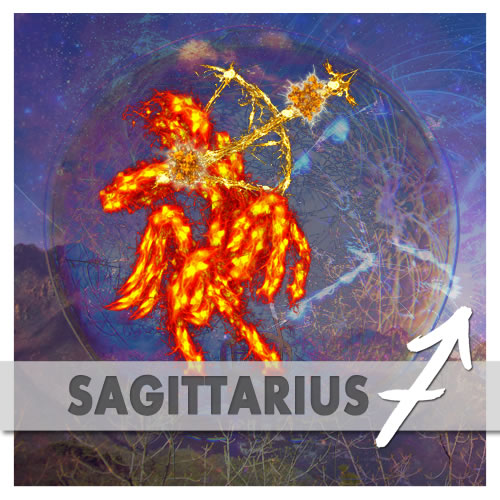 Monday Morning Horoscope #159 for Jan. 14, 2019
Check at every turn that you’re not deceiving yourself, whether consciously or ‘unconsciously’. The deception could be sly: such as feeling like you have more confidence than is appropriate, or like something is undermining your confidence. The one thing you must not do is set your expectations too high, whether for the amount of a return on effort, or the timeframe involved. The place to invest your energy is in the willingness to do the nuts and bolts work of getting your result. Do not expect anything to happen by itself, as if by magic. You know this from long experience, though you might be especially inclined to forget this week. Stick to a core set of priorities and focus on them. The current exact square between your ruler Jupiter and its close cousin Neptune requires you to be realistic about everything, particularly matters of scale. Get a small thing working well, then expand it. This is preferable to starting huge and having to cut back.

Monday Morning Horoscope #167 for March 11, 2019
Mercury retrograde may be making an emotional or domestic situation seem larger than it is. Try not to be reactive, and say as little as possible. Instead, let people express their views, and allow the facts to come out. Some might argue that the facts don’t matter; only their feelings matter, which may be true for them. Gradually, you may need to present one specific idea at a time, which begins to complete the picture and reveal what is going on. But you don’t want to be forceful about this, and you would be wise to let things run their course. This could take two to three more weeks, and a deeper level of reality may not begin to emerge until Mercury stations direct later this month. The most significant things you can track are your own feelings and responses, which you don’t have to share with anyone. Just know what they are; be observant of yourself and of others, and watch the river of your responses and feelings flow.

Monday Morning Horoscope #183 for July 1, 2019
This week’s events will be revealing in terms of whether you can handle the emotional complexities of one particular relationship. How much energy are you burning? How much effort are you expending? How much toxicity are you absorbing? How much do you need to know, before you know enough? This week’s astrology is a moment of truth. The future is beckoning you. You are being called to live a greater life than you are living now. Yet for you to do that, the past must not drag you down. There is much more to this situation than you may recognize, and it’s essential that you keep your senses and your wits about you. That might not be easy, as Jupiter square Neptune is serving as something of an anesthetic, making certain unrealistic ideals seem like they have more potential than they do. Your life is not about any of those other people.

Monday Morning Horoscope #189 for August 12, 2019
Jupiter stationed direct in your sign on Sunday. This is your reminder that it’s time to put some long-delayed plan into motion. Yet it will be crucial that you not rush, and further, that you sort through any ambiguities or problems that arise in a thoughtful, thorough and cautious way. Here is the basis of my reasoning, from an astrological perspective. Jupiter, your ruling planet, is in a square to Neptune. This is a kind of high-hopes aspect, and some astrologers warn of things like bubbles bursting, motivation fizzling out, or the real goal being lost in the fog. Therefore, you’re responsible for maintaining your drive and your focus, which I suggest you do in a gentle, persistent way (more like Pisces…) rather than shooting an arrow at your goal (…and less like Sagittarius). The time will come when you have to aim your bow at the one true goal; the thing is, you probably don’t know what it is yet, and now is the time to find out.

Monday Morning Horoscope #197 for Oct. 7, 2019
Since 2005, a small planet called Pholus has been in your sign. This is in the centaur class, similar to Chiron. Many planets, small and large, have come and gone from Sagittarius during the past 15 years, though Pholus stands out as one of the more meaningful, in terms of potentially describing your experiences. One property has been things tending to go out of control, or for you (or others) to have exaggerated reactions. Another is small causes leading to large effects. Another is your family seeming to be a factor in nearly everything. We’re now in the last weeks of Pholus in Sagittarius; its transition into Capricorn is nearly over. One thing you’ve learned is how to get a result. You may not always use your skill, or know the result you want well enough to get it. Yet you’ve acquired a collection of tools and resources that you get to keep — various practical souvenirs of the recent long phase of your life. Use them wisely.